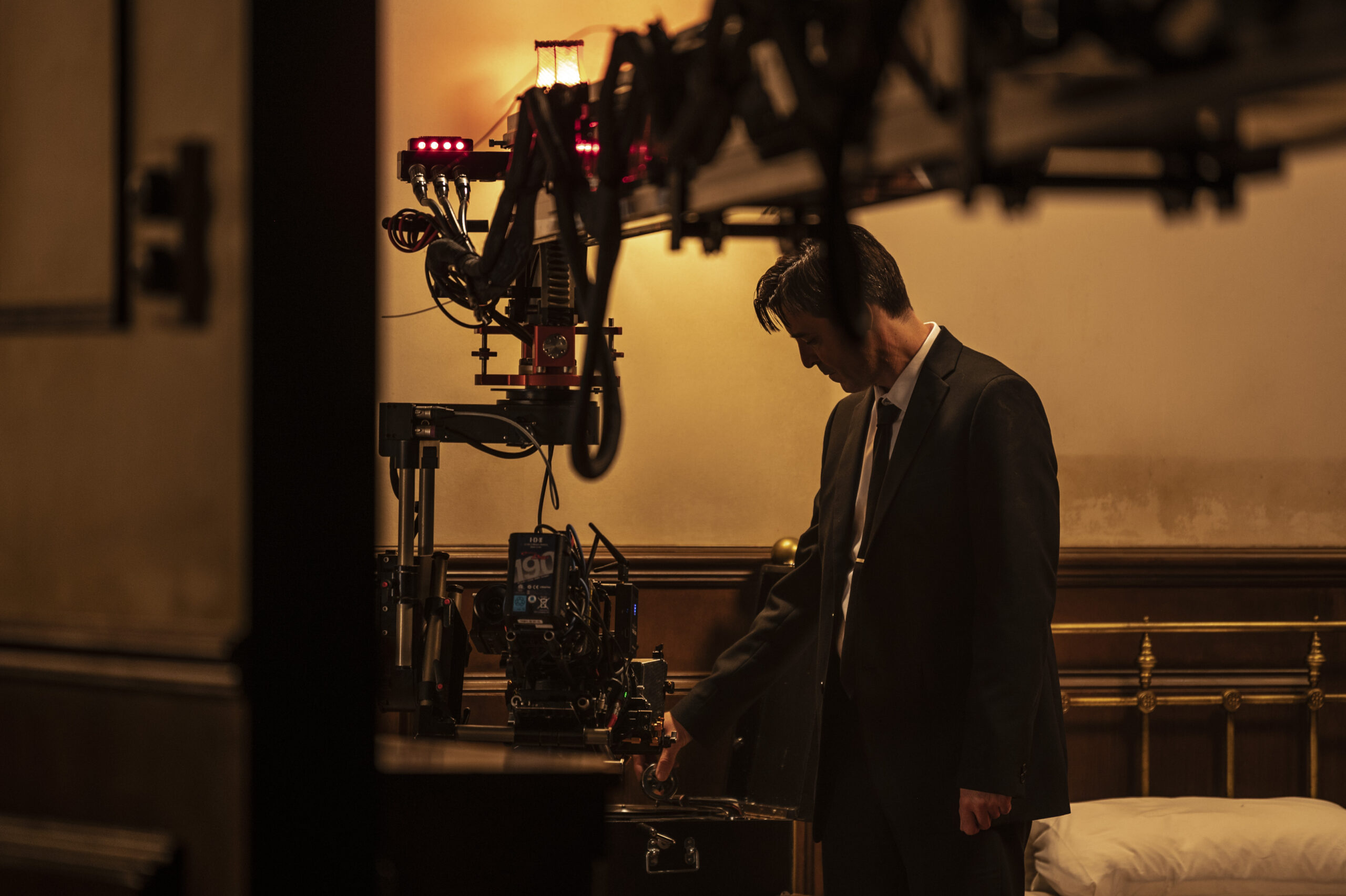 In a total zombie daze I picked up Hugo and drove to the set still with that awful feeling in my stomach. I realized I couldn’t think or dwell on it I just had to crack on with the shoot itself.
We arrived and had our first breakfast from our catering van setup but I want hungry. We headed over to the set Mike, Martin and myself along with the gaffers,
I looked around…and thought it wasn’t as bad as I remembered…

By 4pm the crane was done and we moved onto the scariest bit of the filming…the monster stuff. The movie would live or die by it.

We got Rick Wiltshire into makeup who was having his feet made up the same color blue as his monster hands so everything would match. We setup the vibrating plate. My idea was if he rested his arms on a vibrating exercise plate and stiffened up his whole body, he would shake. It was a great idea on paper but until we got off shots we wouldn’t know for sure . We tested it with Jack Casey, our miraculous AD.