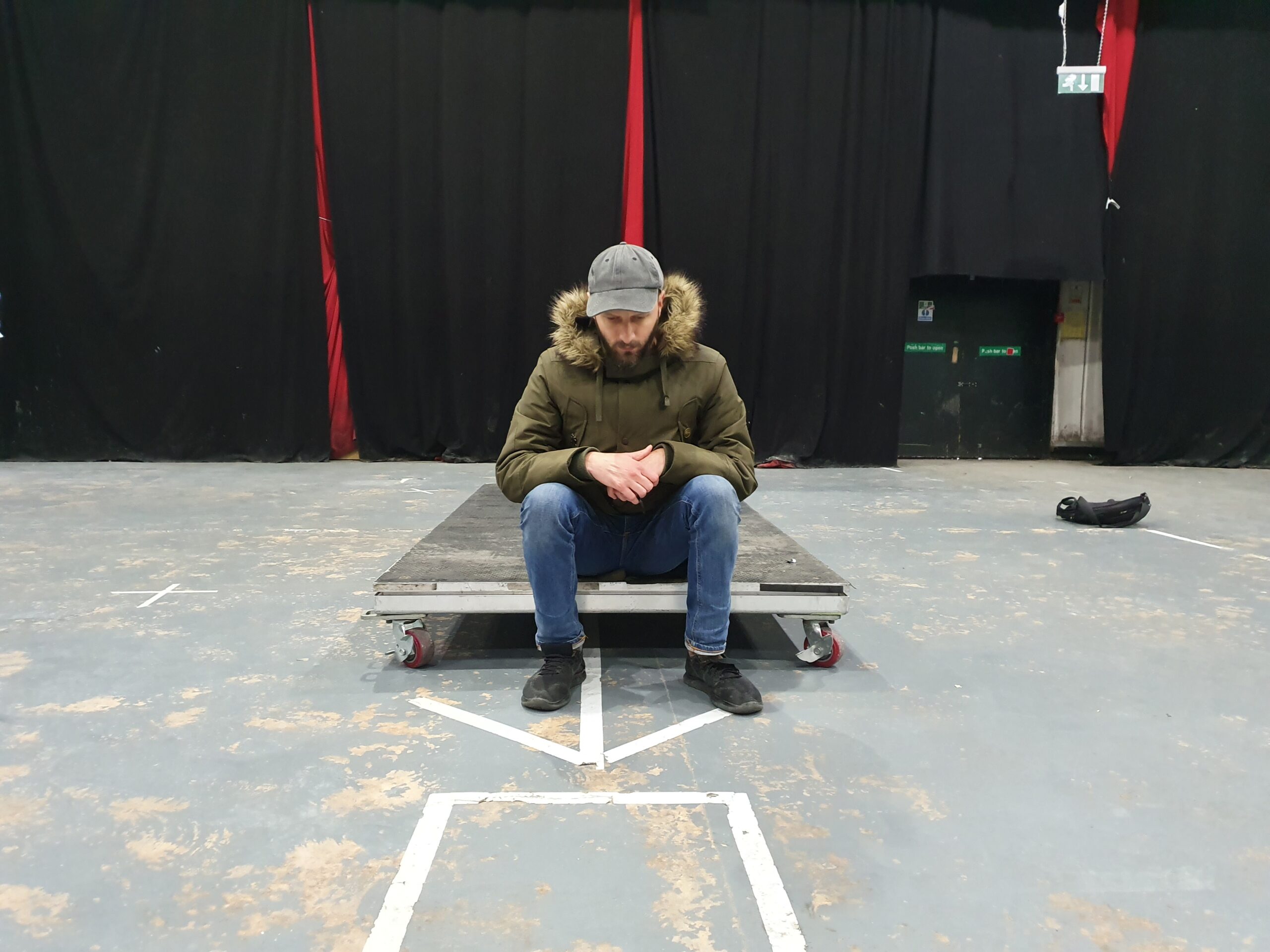 We planned to tech recce the studio space at Bowlers but after a brief walk around we realized something unsettling. there were no loading doors large enough to get our set through. It wouldn’t fit through the damn door!
We spoke to our contact at bowlers but with an event next door already taking the room we had to come up with an alternate, I began looking round facilities and rang every studio and event space in Manchester we immediately lucked out with the Sharp Project in Manchester a large co-working and production space. the main issue if anything was the space was on the small side, we could fit but only just.
I contacted the GMEX Manchester and after some hustling they offered us one of their larger rooms, it was carpeted (bit weird for a studio) but they offered to meet the money we had. We were overjoyed… then disaster! They wanted an additional £500 for parking and the electricity was gonna be £1350 based on their rate card. Yeah, still we were still getting the space for 97% off….!
Martin Butterworth asked a friend regarding some Trafford Park warehouse space but we decided to use Sharp as our backup plan.
As more venues were losing events due to a certain situation (that being the coming of Covid) as a backup I began contacting other ones with larger footprints, Eventcity sounded really promising but were pulling the same rate car trick as GMEX. We were looking at the Sharp Project as our new home.
We Recced Sharp and although space was tight it would work if we placed the set on a diagonal of the room giving us 33m. The issue was the technocrane would have to work at a slightly skewed angle.

Yeah the Covid virus. Got worse and worse until it hit UK shores and the media began a mass panic.
Like I didn’t have enough to fret about!
10 days before hand I contacted out HOD’s and made sure they were all still fine with turning up. All said no problem. We’re British after all!!

I had never worked with a script super visor before. My first feature film had the production company insist I didn’t need one and a good director should do it themselves. As such we had tons of continuity errors throughout the film but when offered on Familiar I snapped one up. Lauren Brown was a friend of most of the HOD’s and was happy to come on board, she explained her position how she would mark favorite takes, missing shots and general continuity, what a luxury!!

THERE AND BACK AGAIN

We headed to Liverpool Scenic for one last visit with out completed but unpainted sets for a lighting and color test with Martin. We decided to go with an off white cream colour above our dark stained wood and when testing tungsten lights we got a fantastic light effect without worrying about changing color casts the windows looked amazing and the finish fantastic

A PERFECT STORM OF INEVITABILITY

I got a late afternoon text off Hugo our main actor. After calling him he explained his father was very ill in Poland, he had to go over immediately to be by his side but the problem was further exacerbated by a two week closing of the polish borders. Funny this should have messed me up but I just became very pragmatic about it, after all this was no one’s fault and was just very ironic considering it had nothing to with the virus. I began to shut down production, calling those we had deposits or dates with and asking for refunds or delays.
The two Mike’s agreed cancelling was the best route as we had no idea what else may be happening the following week with the craziness surrounding the virus. Martin Butterworth had also explained that many of the prop houses were closing down early as a result of most productions closing down. Peaky Blinders had already gone, as well as a number of high end productions across the world. It was in my mind only a matter of time before Panavision and Panalux shut down as well and if they did so right in the middle of our shoot we could be in real trouble. Our facilities were getting thin on the ground in an increasingly unknown future.
The next day my main worry was money.
I still had all the money for the film but I had debts coming out of my ears and jobs cancelled left and right.
What if I ran out of money and had to start living off the film funds….?
Liverpool Scenic offered to store our sets for at least 6 months and we decided to bunker down until the storm had passed.