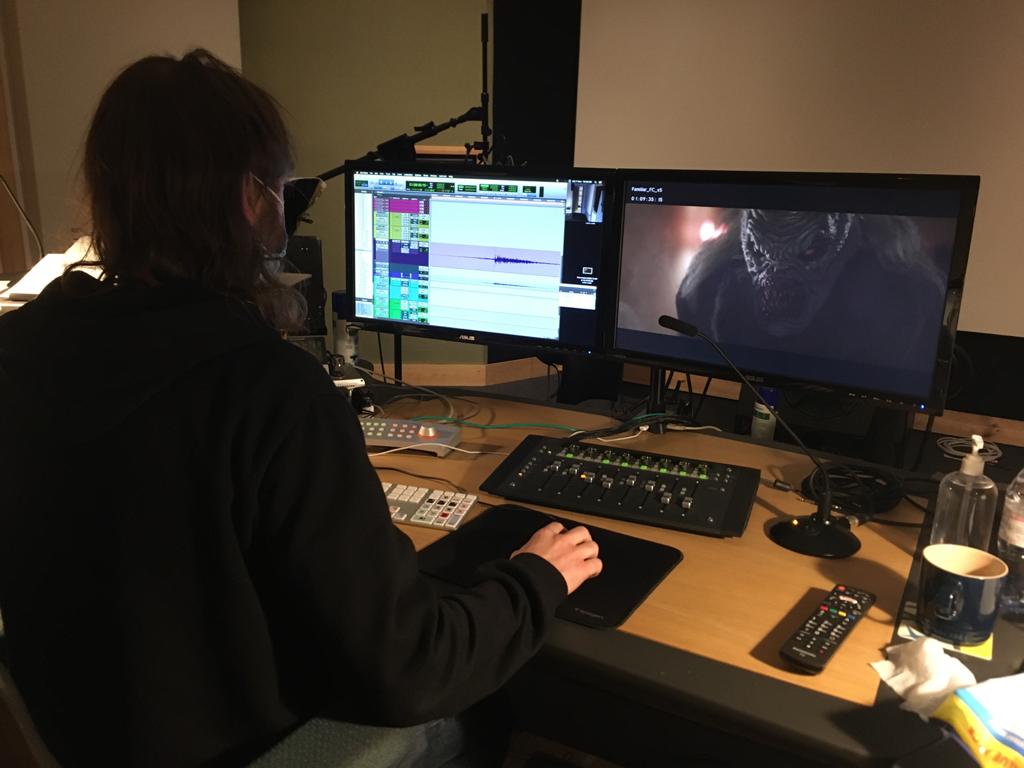 Mike and I went to visit Andrew Mckee one last time. Mike had become instrumental with innovative editing ideas. He suggested removing the first 1.2 minutes of the film and cutting straight to the needle drop in the house as well as inter-cutting around the bathroom scenes more efficiently so I invited him along. What I found amazing about that day was all the second unit bits and pieces we had shot worked amazingly well. The dripping tap, blood spit, door and ironing shots dropped in perfectly. That alone amazed me and later that evening we had a picture lock on the edit.

One of the most important parts of the film as a whole where the female victims voices both hear off-screen that Mason reacts to. I had two specific pieces of inspiring film to work with. One was The abducted girls begging from ‘Silence of the Lambs’ and the other was Lambert’s death in Alien. The begging was about pure acting, I needed someone with an American accent as this was a period American picture. I contacted those that I knew as well as Mandy.com and Star now. I got quite a few auditions through some where great but the voice wasn’t right, some were….so-so. The main issue I was having was its common for a UK person imitating American to go with Californian squeaky girl. I knew if I had that the audience would want her to die so I insisted we got more husky raw voices. I got through three auditions that really struck me.

They had improved around the supplied dialogue and done some really interesting vocal exercises. I was going to use one for the begging one for the screaming and one for additional screaming elements as she was a singer and very great with vocal gymnastics.
The goal when the woman was screaming as she was being murdered was to make the audience wonder what the hell the monster was doing to her.