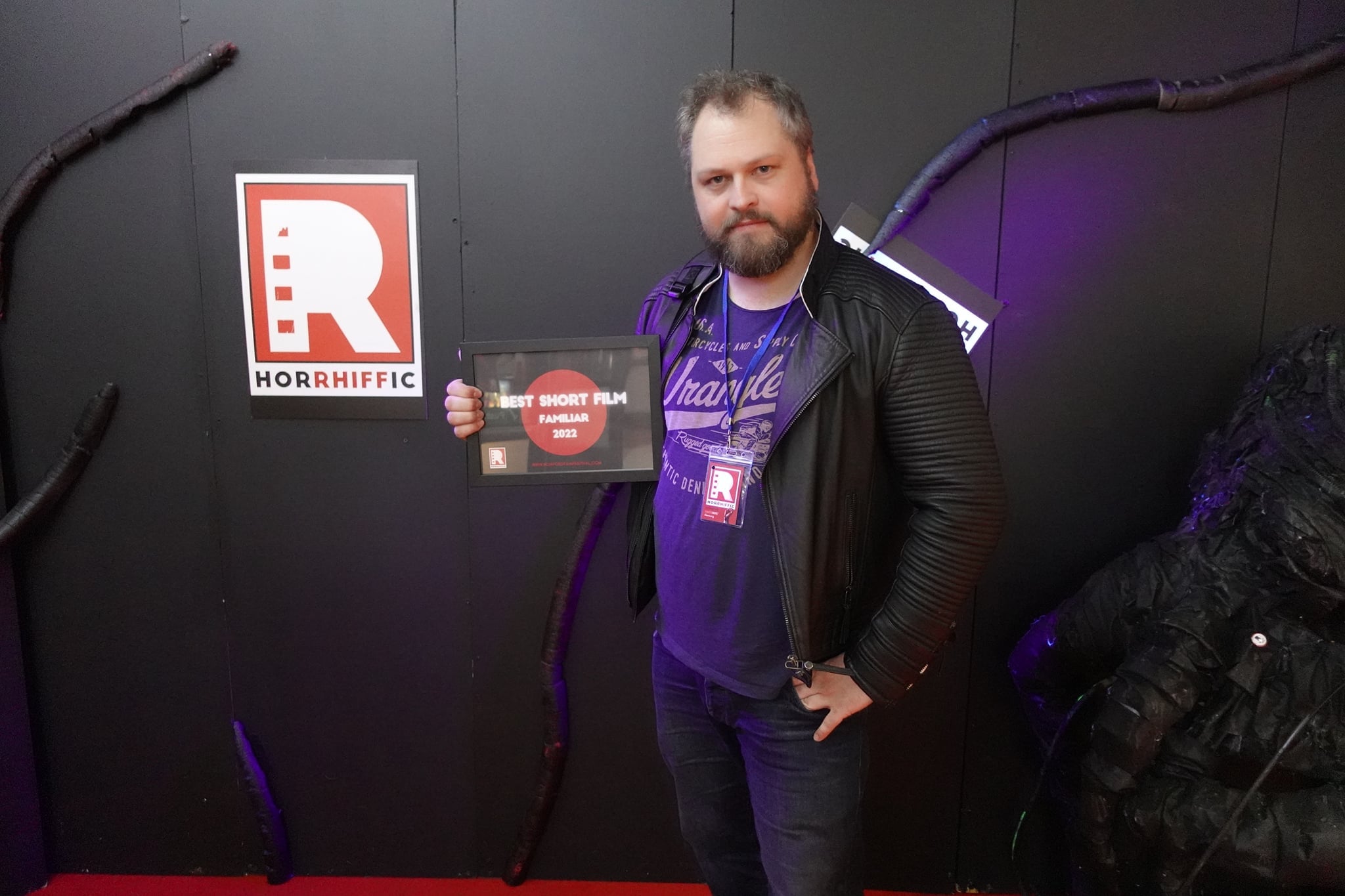 Amongst the many festivals we entered we had the privilege to actually attend Romford’s Horror Festival.
After nearly missing the screening itself due to insane traffic I made it to the screening with 30 seconds to spare and spent the screening panting like a psychopath.
I always forget just how good a proper sound system does justice to the films mix, the bangs BANG and I got to watch the audience jump this time.

I talked with Spencer and Peter who were running the festival and had such a blast – I got to chat with a guy who refurbished all of Ray Harryhausen’s puppets.
Some of the other film makers but the gem for me was not only winning BEST SHORT FILM amongst to many others worthy films but getting face to face compliments
from the judges as well as Spencer, which was a total honour to hear. 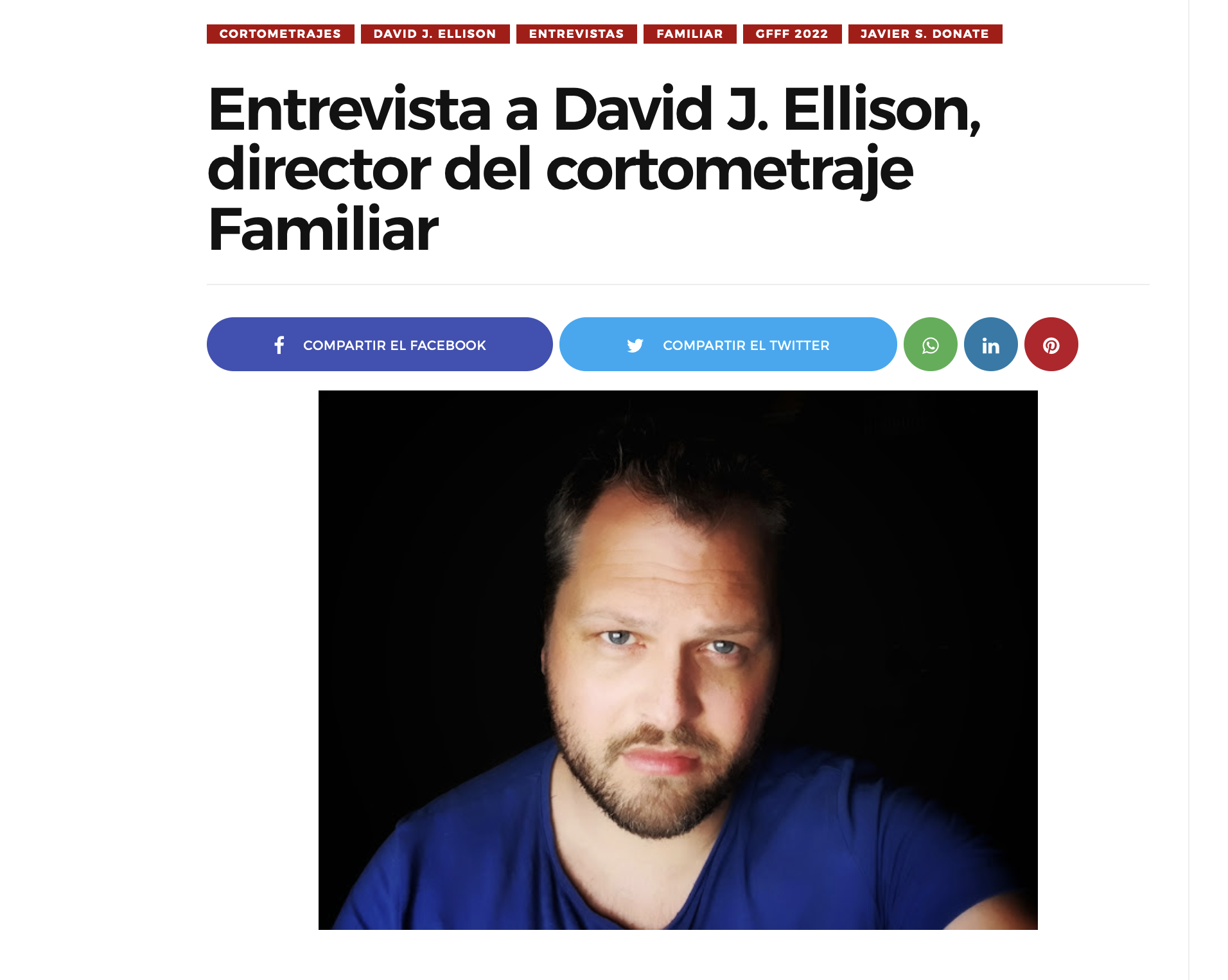 3 hours ago
by admin

8 months ago
by admin

8 months ago
by admin